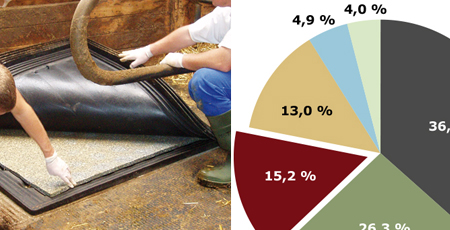 Softer lying areas are clearly preferred by the animals.

Within the framework of this study the effects of concrete slatted floors and of two different rubber floors (Rubber-Slat®, Fritz Foderstyrning AB and LOSPA swiss, KRAIBURG) on the behaviour, claw and leg disorders, claw growth, animal cleanliness and fattening bull productivity were investigated. 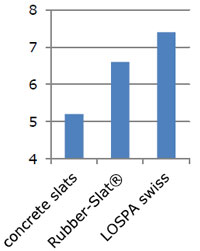 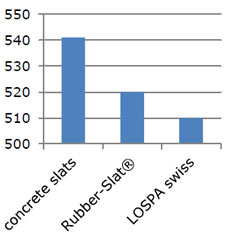 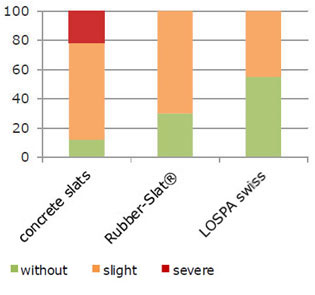 LOSPA swiss: the fewest sole and whiteline haemorrhages with a medium severity degree and no severe diseases at all!