No injuries and comfortable to lie on 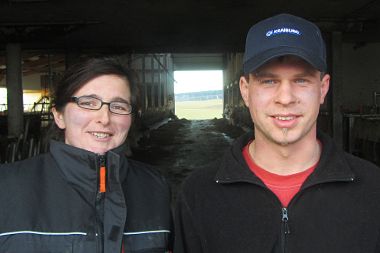 When he completed his cattle house in 2012, Michael Ranninger decided to equip the cubicles for his 50 dairy cows with WINGFLEX lying mats and the ergoBOARD brisket board.

“The ergoBOARDs were installed in front of the lying mats. We used to use wooden posts as a front boundary. However, over time the wood caused open sores on the forelegs. Using ergoBOARDs means that I don’t have this problem any longer. I also often see animals lying down with their front legs stretched out over them.”