Cows no longer slip with profiKURA 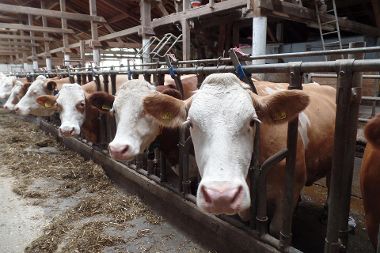 Markus Pfeiffer-Vogl’s dairy cattle house for 58 dairy cows was completed in 2008. The walking alleys were roughened concrete then. Over time, the concrete became very smooth and the risk of a slip and subsequent injury increased. The cows would only walk carefully, which meant that their wellbeing began to suffer.

“Over time, the concrete in the walking alleys became so slippery that the cows could only walk on it very carefully, which was a major problem, especially for cows after calving. This problem worsened as time went on, until one day it was no longer tolerable. We opted relatively quickly for rubber mats, because they seemed to offer the best value in the long term. My claw trimmer recommended profiKURA mats from KRAIBURG, because it gently abrases the claws and provides excellent grip.

And it does. Since I have had profiKURA the cows are significantly more active and no longer slip at all. The jump and run about, sometimes I’m genuinely afraid they’ll run me over! Even older cows feel better and walk more safely. I compare it to black ice for us people: we can cautiously make our way along, but we feel so much better once we have normal ground beneath our feet again.

Heat is also more noticeable, because the cows mount each other more often. They stand firmly on the rubber, they don’t slip and they don’t injure themselves. Claw health has improved since then, too. When we had rough concrete, claw wear was much too high, and when the concrete became smoother, the horn grew far too long. The profiKURA mats have balanced the abrasion, and I’m very pleased with that. I don’t have any lame cows any more.

In sub-zero temperatures in our cold cattle house, manure sometimes froze onto the concrete and blocked the manure scraper. With three walking alleys, it took a lot of effort to get all the scrapers working again. Manure does still freeze on the mats, but it simply breaks away as soon as the cows tread on the mats.” 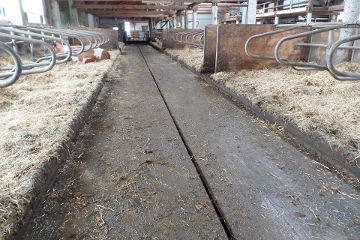 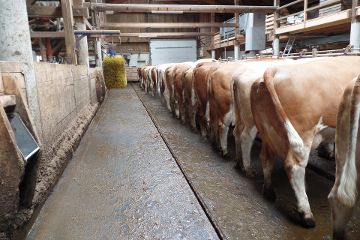