Cows move well on the mats 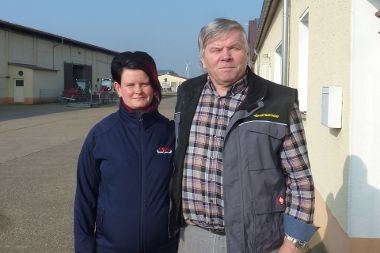 The Prösen Agricultural Cooperative’s old dairy cattle house was one of the first trial farms to be fitted with the KURA walking alley mats in 2002. Their use with mobile manure removal (with scraper) was tested here.

The new building with milking robots and the new dairy cattle house, built in 2009, were also equipped with KURA and pediKURA mats. The cattle house is currently home to 320 dairy cows.

Ten years after the mats were fitted in the modern dairy cattle house, the welfare of the cows is still at the forefront. The animals still love the rubber mats!

“The mobile manure removal with scraper had made the floor too smooth. I didn’t want to roughen it up because I was afraid that might lead to claw damage. I wanted the cows to better show when they were in heat too. On the old, smooth floor they’d do it once but never again.

It's so much better with KRAIBURG mats. Today, we can see them jump up five or six times when they watch the bulls. That’s the advantage of these mats. Claw health has also improved.

The quality is great. We still have those original mats in the cattle house, and they show no signs of wear. We fitted KURA P in the new cattle house (2009) and pediKURA in the cross sections. Our claw trimmer says that the horn is no longer overgrown. Claw care is now more prophylactic, more about checking the claws.

The cows move freely with the four milking robots in the new cattle house. The cow has to be sound to get in there. But we can clearly see, the cows are moving well.” 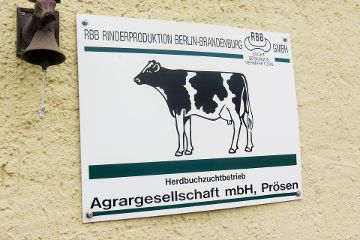 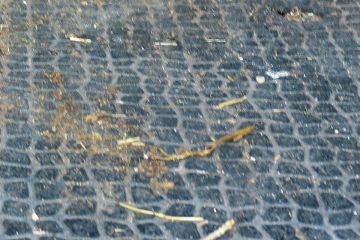 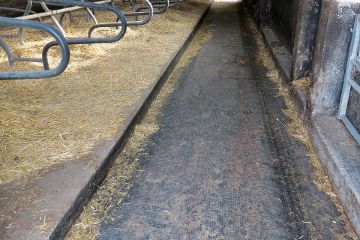 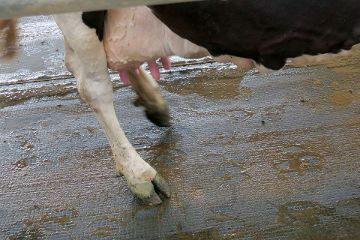 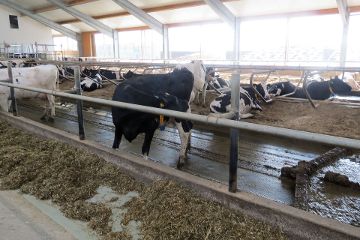