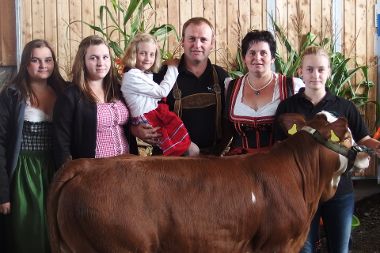 The dairy cows of the Gruber family moved into the new barn in 2015. After two years, the concrete in the walking areas was smooth and slippery. Mr Gruber first wanted to roughen the concrete, but that would only have brought a short-term improvement. To ensure that the cows can walk safely again in the long term, they chose the KRAIBURG profiKURA P rubber mat.

”The decision to use the profiKURA mats was definitely the right one. Before, we had massive problems due to the increasingly slippery concrete. We had a lot of animal losses because the cows slipped and hurt themselves while walking. As a result, they hardly ever mounted again. In addition, the cell counts of some animals were much too high. Sometimes cows slipped on the slippery concrete when leaving the cubicle. Since we got the rubber mats, all this is no longer a problem!

The cows noticed immediately after the installation that they could walk safely again. From then on, there was no stopping them. They run several laps and really step on it! At first, we could hardly believe how sure-footed the animals are on the mats and how much more they move again.

Because the cows are more active on the profiKURA, they also go to feed more often. This has quickly resulted in an increase in milk yield of 2 litres per animal per day.

Thanks to the rubber mats, we hardly ever have lame cows now – and no problems with claw injuries at all, unlike before. The claws are lightly abraded by the mat surface, so claw growth and abrasion are nicely balanced.

The scraper can also run much better on the rubber and push the manure away more easily than before on the concrete. The walking alleys are much cleaner since then.

All in all, we are very satisfied with the profiKURA! The investment was worth it just because of the increased milk yield.” 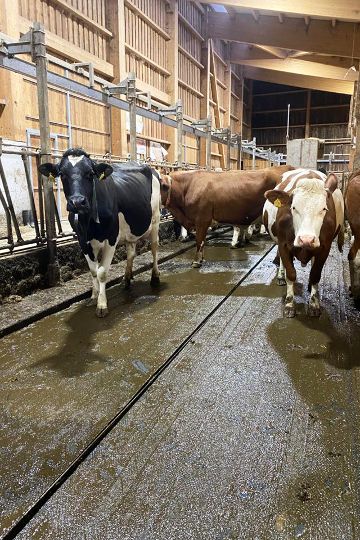 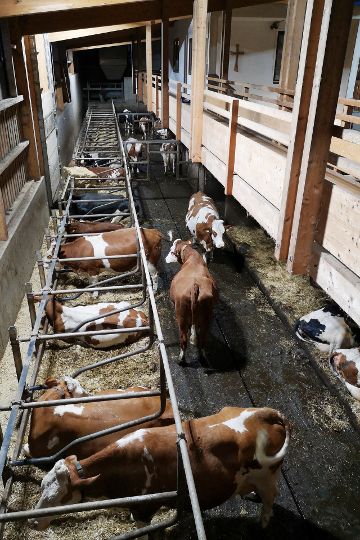 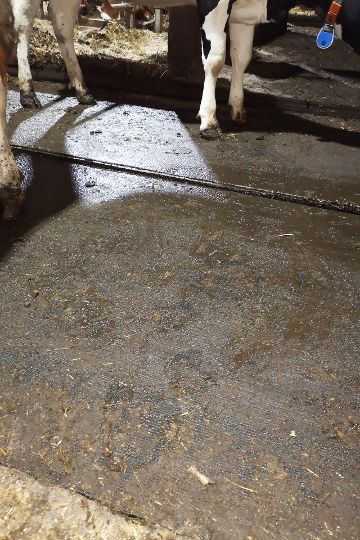 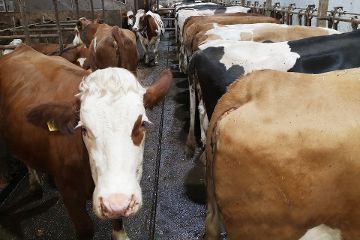